Hidden away in a remote mountain village in the Bregenzerwald (Austria) is the village dairy Sibratsgfäll, where the traditional structures of three-stage farming (courtyard, meadows and alps) are still in place.

This cooperative cheese dairy was founded in 1907 by the local farmers in the region, and at that time only one cheese was made there, the Vorarlberger Emmental (DOP), which was typical of the time.

In 1973, the cheese dairy was renovated and converted to the production of traditional Vorarlberger Bergkäse (DOP) .

The small cheese dairy likes to stand out from other businesses, so in 2005 it began producing a soft cheese, which actually has its origins in the neighboring Allgäu, with the Allgäu master cheese dairy Herbert Bauer, who has been making cheese there since 2001, making their way to Sibratsgfäll found.

The 20 farmers themselves bring the hay milk from the surrounding farms and Alps to the cheese dairy every morning and evening. These are the best prerequisites for producing high-quality and natural products, which are then allowed to mature in our own cheese cellar for up to two years. 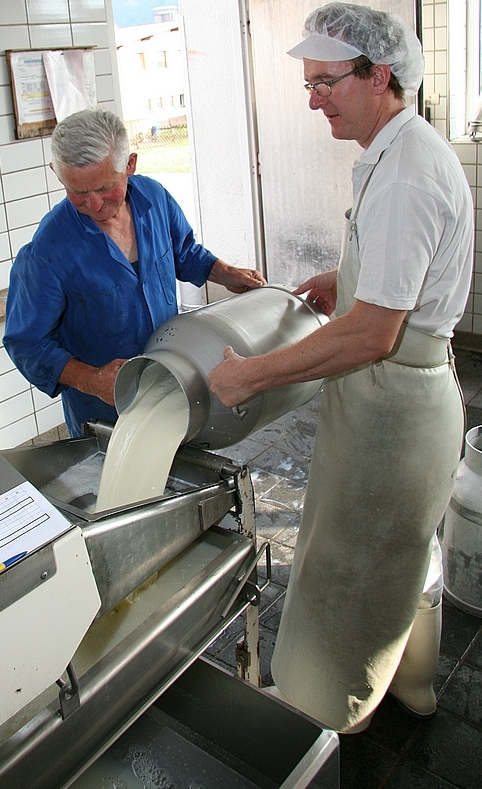 My cart
Your cart is empty.

Got a discount code?
Subtotal€0,00
Shipping
Total€0,00
Your cart is empty. Shop now
Powered by CartPops (opens in a new tab)